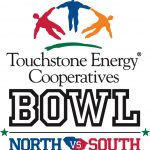 The Touchstone Energy Cooperatives Bowl announced seven finalists for the South Carolina Mr. Football award on Wednesday, Oct. 9. Two of those selected by the South Carolina Athletic Coaches Association play for local teams, Mikele Colasurdo of Chapman and Rahjai Harris of Byrnes. All seven players will be recognized during halftime of the Touchstone Energy Cooperatives Bowl on Saturday, December 14, at Doug Shaw Memorial Stadium in Myrtle Beach, followed by the introduction of this year’s award recipient.

The S.C. Athletic Coaches Association established the Mr. Football award in 1995. Seven former recipients have played or are currently playing in the National Football League.

“We want to thank our committee who came in to choose our Mr. Football candidates,” said Shell Dula, executive director of the S.C. Athletic Coaches Association. “We feel that the finalists are not only outstanding football players but also outstanding young men. They certainly represent the state of South Carolina in a very positive way.”

The 2019 Touchstone Energy Cooperatives Bowl will be played at noon on Saturday, December 14, at Doug Shaw Memorial Stadium in Myrtle Beach. Players chosen to compete in this year’s contest will be announced on Monday, October 21. Tickets can be purchased at www.TouchstoneEnergyBowl.com.