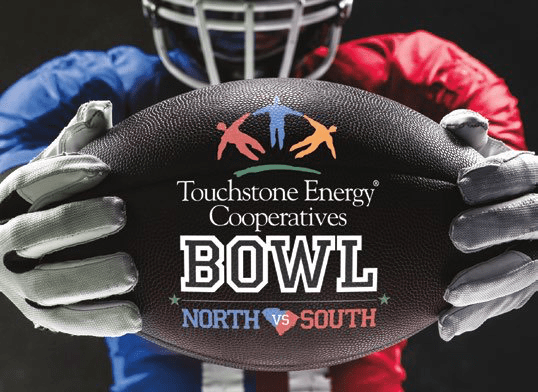 Coaches for the 2019 Touchstone Energy Cooperatives Bowl met October 21 in Columbia to select the 88 players who will make up this year’s roster for the all-star high school football game. Coaches reviewed nearly 450 nominations to come up with the final roster—44 players on the South squad and 44 players on the North.

Among those named to the North squad were eight players representing Broad River Electric’s service area:

“We’re really excited about the players selected this year, said Keith Richardson, co-coordinator of the Touchstone Energy Cooperatives Bowl. “Not only are they outstanding athletes, but they’re also young men of character.”